LIPO 6 Black Fat Burner Review: Will It Shred Down Body-Fat?

LIPO 6 by Nutrex Research is a very well known fat burner supplement and has been on the market for years now.

Fat burners are very popular amongst fitness, bodybuilders, and people that are just trying to lose some weight.

These supplements are known to help you through the day by giving you energy and suppress your appetite.

The company behind LIPO 6 is called Nutrex Research and they claim that this supplement is a very strong fat burner that is ultra-concentrated.

At SupplementsReviewer we love to give supplements an honest and unbiased review.

In this LIPO 6 Black review, we will show you if this product is truly capable of shredding body fat quickly.

What is LIPO 6 BLack?

LIPO 6 Black is a fat burner supplement that contains a blend of ingredients that are known as either stimulant or thermogenic fat burners.

They claim that this supplement will help you with long-lasting energy, appetite suppressing, and a boost in metabolism.

This might have a positive effect on fat burning since you will force your body to burn more calories and also target the fat cells directly.

They also added ‘fast-acting capsules', which could result in faster absorption of your body. 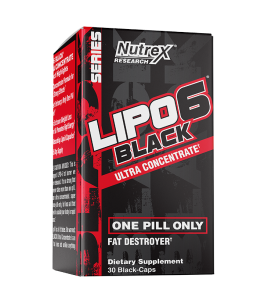 LIPO 6 is considered a potent supplement; however, we got way better results with Eliminate from Huge Nutrition.

The price is pretty reasonable compared to other fat burners since it only costs about $0,60 per serving.

Let's first analyze the ingredients and dosage they used in this fat burner and show you how it works.

The first thing we noticed when we analyzing the formula and ingredients was that they used a propriety blend.

They did mention every ingredient in the product however we do not exactly the amount per ingredient, which is very important for a fat burner.

The total serving size is 295mg, which is one capsule.

I started looking at older formula's and I think we got a pretty good look at how this formula is formulated. 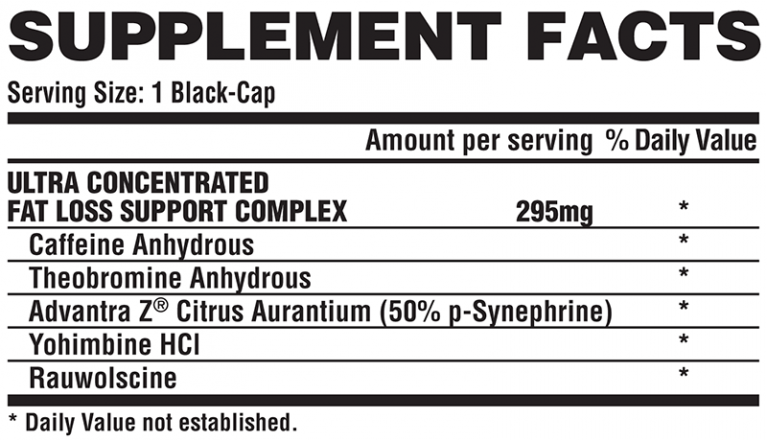 They added five key-ingredients to this product, which is not a lot if you compare it to STEEL Shredded AF or Transparent Labs Fat Burner.

Caffeine is known as a powerful stimulant that is also able to help in the fat loss process. A study showed that taking caffeine for three months with a maintenance diet resulted in a fat loss between 2-7%.

The study used 150mg of caffeine a day, for a period of 3 months.

The total caffeine amount in LIPO 6 is around 150-200mg, which is a sufficient dosage and is comparable to 5,5 cups of coffee.

If you're not familiar with stimulants like caffeine, you should definitely adjust your tolerance accordingly.

This ingredient is derived from the cocoa extract and has the potential to enhance fat oxidation. However, there is not much research that supports these claims.

This ingredient is known for its similar effects, like ephedrine, which is known as a potent fat burner.

It could potentially increase the basal metabolic rate by activating the adrenergic receptor.

This is one of the most known and potent fat burning ingredients on the market. Yohimbine is an alpha 2 antagonist and also a stimulant.

Combining caffeine and yohimbine gives a powerful synergetic effect that will lead to a boost in energy but also fat loss.

This is another potent alpha 2 antagonist that works very similarly to yohimbine.

Our Personal Opinion On LIPO 6 BLACK

Well, of course, we tested the effects and potency of this product.

As seen on the ingredients, it has some powerful stimulants, and 1 capsule is more than enough for the regular person.

In our opinion, it contains too much of these stims and gave us nausea-like effects. It was not a pleasant feeling at all.

If you ever drank too many coffees or pre-workouts, your body shuts down, and you can feel very low on energy, nauseous, high blood pressure, and headaches.

While the ingredients they used are promising, we definitely did not like this product.

Eliminate by Huge Nutrition is a fat burner we really like and also contains stimulants. However, they dosed it way better and included other powerful ingredients like L-Carnitine and Theophylline.

LIPO 6 Black is a very powerful fat burner that is not to be taken lightly.

The ingredients they used are very strong and could possibly have adverse effects on people that are not used to stimulants.

It's a shame that choose to not mention the precise dosages of the ingredients. It could be that they included a very high dose of yohimbine for example, which could possibly be dangerous.

We personally did not like it since it gave us an unpleasant feeling and would recommend using a different fat burner like Eliminate.

Animal Cuts Review: This Happens When You Take 1 Full Serving

Vintage Burn Review: Should You TRY This Fat Burner?