When it comes to prohormones, there’s not many effective products left. Many of the good stuff was banned years back. Recently, new and legal prohormones have started appearing on the market.

1 Andro is said to be one of those potent legal prohormones. But just how effective is it when it comes to building size and strength?

I’ve decided to put this compound to the test and provide you with my unbiased and honest 1-Andro review.

Let’s start off by asking..

Long story short, it’s a performance enhancing prohormone. Some of you might also know it as 1-DHEA or 1-Androsterone.

Many people use it to succesfully enhance muscle mass, strength and overal performance. It’s also said to carry little to no side effects and water retention. 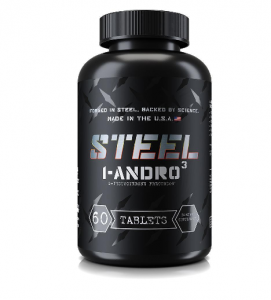 It’s extremely popular because you can still legally purchase it. One of the biggest suppliers of 1-Andro is Steel Supplements, they are said to supply the highest quality legal prohormones.

I’ve heard of this product a while back, but didn’t get the chance to try it until recently. For my 1 Andro review, I decided to go with Steel Supplements mainly because of the many positive user experiences.

I know most people are going to be very interested in the results you can get from a 1 andro cycle, which is why I have decided to share mine.

Keep in mind, I’ve only used the brand Steel Supplements so I can’t speak on the quality of other products.

My cycle lasted for 8 weeks and I was running it at 130mg since Steel 1 Andro is dosed at 65mg per tablet. Personally, I found this dosage to be the sweet spot. 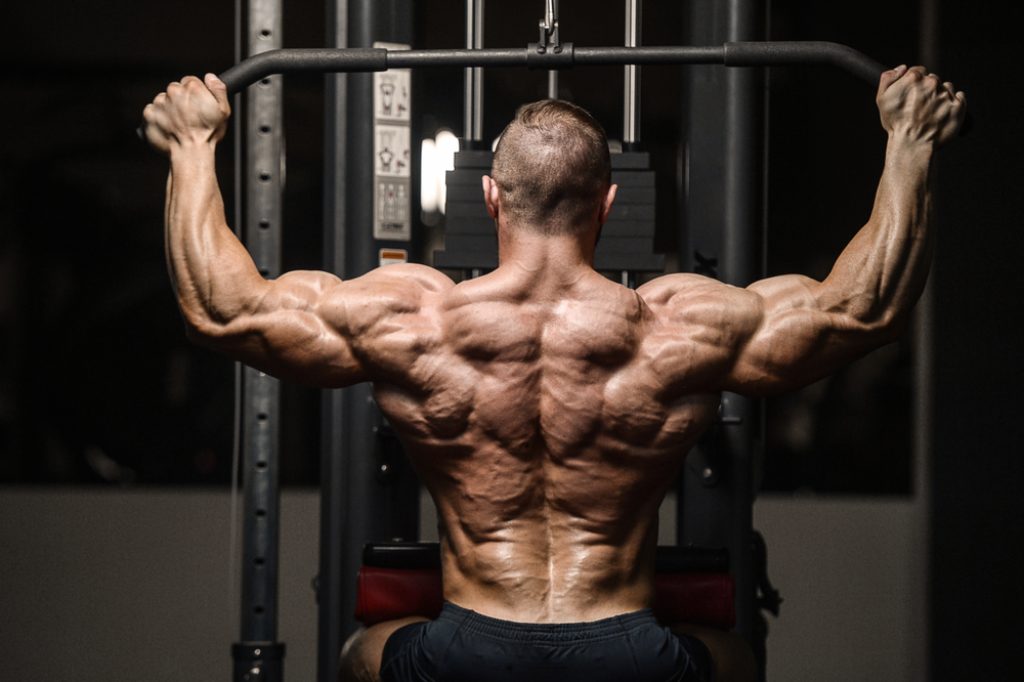 After roughly one week I could start feeling and seeing the effects. To be honest, I wasn’t expecting it to kick in so fast. The first thing I noticed was that I appeared a lot bigger and vasculair.

Fast forward 2-3 weeks into the cycle and I’m definitely gaining lean muscle mass. My strength is also increasing with every workout. I’m able to push myself through heavier weights and sets with no problem.

With a scoop of Amped AF I was able to crush every workout like never before. I have to say at this point, I’m definitely impressed with the results.

The great thing is that the gains were all clean. There was no water retention or bloat during my 1 Andro cycle which was great. You’ll also find that it significantly enhances muscle hardness and fullness.

During the end of my cycle, I was the strongest and biggest I had been in a long long time. Throughout the entire cycle, I’ve packed on roughly 10lbs of mass which is actually pretty crazy.

After the cycle, I ran a over the counter Post Cycle Therapy (PCT) called Steel Alpha AF. This is because of the slight testosterone suppression caused by 1-Andro. It also helped me retain most of my mass and strength gains.

It’s important to know how to effectively use this compound. Most users will run it for between 6 to 8 weeks.

The cycle is followed by a month of Post Cycle Therapy to help maintain gains. We recommend Rebirth PCT or Alpha AF.

Make sure to purchase one if you are thinking about using these legal prohormones.

As for the best dosage, I found 130mg per day to be very effective. I don’t see any reason to go any higher than this since you’ll already be making solid progress.

If you’re using a different brand than Steel andro, I’d say between 100 to 150mg a day is more than enough.

Does 1 Andro Have Side Effects?

It’s hard to say whether or not 1 Andro is completely side effect free. I’ve seen a few people that experienced slight testosterone suppression after a cycle of steel andro.

This is why it’s always advised to stock up on a proper Post Cycle Therapy product such as the Alpha.

Besides slight suppression, I personally haven’t experienced any side effects at all. To be honest, I felt great throughout the entire cycle.

It’s also good to know that 1 Andro isn’t a methylated prohormone so this means there is no liver toxicity. The old prohormones used to be very liver toxic, luckily that isn’t the case with the new compounds.

Besides 1 Andro, there is also a legal prohormone called 4 Andro. It’s also widely used to gain size and strength.

Many people will compare 1 Andro Vs 4 Andro because they are said to be very similiar in terms of effects and results. 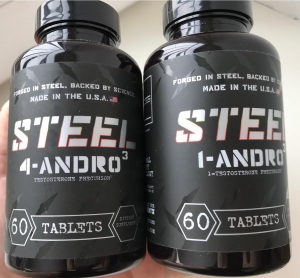 Based on my research, there is only one difference between these two prohormones and that is water retention. With 1 Andro, the gains are clean and you won’t experience any water retention or bloat.

But when you use 4 Andro, you will experience a slight bloat due to the fact that you will be holding more water. I wouldn’t really mind it since the extra weight will also make you stronger.

Personally, I haven’t tried 4 andro yet but might be testing it soon. Once I have done so, I’ll provide you guys with my opinion on 1 Andro vs 4 Andro.

Building muscle can be a long and difficult process. There’s only a hand of products that actually seem to work and 1-Andro is definitely one of them.

With little side effects, I was able to pack on a lot of muscle mass in a short period of time. It’s definitely one of the more effective legal prohormones currently on the market.

If you do plan on using this prohormone, make sure to buy 1 Andro directly from Steel Supplements.

Related Articles
We will be happy to hear your thoughts

5 SARMs PCT: Which Product Should You Use To Recover?